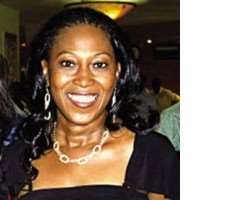 .STARTING from this weekend, Jungle Ride, Lilian Uchenna Amah-Aluko's new film on unemployment among youths, will be screened at major cinemas across the country. She hinted at a special premiere of the movie about three Sundays ago that it would also make some festival rounds before finally hitting homes on DVD. The Ojoto, Anambra State-born actress speaks to Moviedom about the film and her future plans.

Culmination of a dream: Jungle Ride is culmination of a dream, which started about five years ago. Ajua Dickson and I had numerous discussions, back then, about our dreams for the industry and desire to produce movies that would make a difference. To this end, she brought a script, Jungle Ride, written by Segun Michaels. It was a beautifully written treatise about virile jobless people.

Making it work : In realising this project, we had to call in a lot of favours. We are very grateful to everyone, who contributed in bringing this project to life — the cast and crew, my parents, my husband, family members, friends, Michaels, whom I am sure will let out many more beautiful stories to fuel our creative energies, EXP marketing agencies, Wired Entertainment and others. Their contributions to the success of the movie even with the global economic meltdown is a tribute to their determination to help the Nigerian youth and also movie industry.

Why are you the absent from the screen: I hadn't much time until September 2005 because I was working full time in the bank. But outside Out of Bounds, Hit and Run and others such as She Devil and Rough Edges, I have done only a few works in recent time. I did Mnet's Doctors quarters a while back. I am in Jimi Odumosu's The Head of State, which just started airing. Tunji Bamishigbin's Valley Between and Oliver Aleoghena's Husbands and Wives have still not been released. I also did Okey Ogunjiofor's Cyberia, which I think is still running on Africa Magic and a few others I can't readily remember. But Out of Bounds will remain my most memorable, because it was my first.

Why I quit banking: I quit banking because entertainment is what I enjoy doing. My incursion into banking was as a result of my desire to prove that I could hold down a serious job. I did that successfully for about 10 years then decided it was time to do what I enjoy most. But I have no regret quitting banking at all.

Pains and gains of being a celebrity: Well, I don't have any pains as such because I really don't consider myself as one. The only downside of that to me is the loss of privacy and the gain is the ability to make a difference in the lives of others.

Marriage and Moviedom : My marriage had nothing to do with whether I was running away from being talked about in the press. On the contrary, I didn't even marry early. Even while I was single, I tried to conduct myself properly. My parents are very important to me and I know they value their good name. It would break their heart if I ruined that name. I also have my husband's name to protect. He is also an artist and appreciates my job. I only go to places where I have business and don't indulge in unnecessary talk or frivolous action.
As for whether people get harassed before they are given roles; oh well, it has never happened to me. I hear it happens and I feel people should believe in themselves. Don't be too desperate for anything. Do your best and let the Almighty handle the rest.

Regrets? No regrets at all. If I had to live this life again, I would still choose the same path with a few minor changes. Also, I can't choose between writing and acting. Both of them feed different parts of my soul.