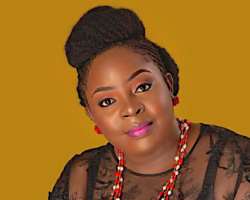 At the start, it was all about her trying to lose weight and having a healthy alternative until she discovered one of her children could only eat gluten-free products. She researched how to create a gluten-free snack for her baby as well as making healthy food options for herself.

Because she could not sustain importing gluten-free snacks, she turned to YouTube to learn how to make these snacks. She’d post the finished products on her BlackBerry Messenger and saw a shocking increase in demand. She continued on this path to see how she could scale the business. She was working at Schlumberger by day and was building Nellies at night. It soon paid off as she opened her first store in Victoria Island, Lagos in March 2016.

But Nelly's story is incomplete without her fair share of setbacks and challenges. On The Isaac Show, she recounts how she was locked up for two days while her business was also shut down by The National Agency for Food and Drug Administration and Control (NAFDAC).

According to Nelly "In 2017, during the Food Fair which I organized to empower small businesses and give them visibility, I noticed that someone was always recording my stand. Then, the Friday of the week, I was on my way to Abeokuta when I got a call that NAFDAC was in my place in Ikeja. They said they were closing the place down because of me. And the Ikeja shop wasn’t even mine. It was a terrible time, so I had to come back. As we were still talking about Ikeja, they told me they’ve already entered Lekki. This was happening in April but I only moved to Lekki in March. So, they came and shut down my business. Referring to some of the products of my vendors, they were like I’m selling products, of these vendors, that didn’t have NAFDAC number."

She continues, "That was how they shut me down. They told me to come on Monday to their office in Apapa. I went there thinking it was a joke but I did not return home that day. I entered Alagbon where they locked me up for two days"