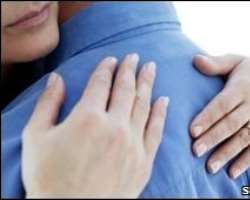 Of 9,000 sexual health clinic patient consultations, 12% were with swingers, with an average age of 43.

Writing in the journal Sexually Transmitted Infections, the team said swingers should be targeted with health advice, as other at-risk groups are.

There are no reliable estimates of how many people are swingers, defined as straight couples who swap partners, indulge in group sex or visit sex clubs for couples, but experts think there are significant numbers.

The authors say there could be millions worldwide.

Over-45s have previously been found to often wrongly believe they had a low risk of catching a sexually transmitted infection (STI).

In this study, the team from the South Limburg Public Health Service studied patients seeking treatment during 2007 and 2008 at sexual health clinics serving a population of 630,000.

Swingers were among those with the highest rates of sexually transmitted infections, along with young people and gay men – who are already recognised as being at high risk.

Combined rates of chlamydia and gonorrhoea were just over 10% among straight people, 14% among gay men, just under 5% in female prostitutes, and 10.4% among swingers.

One in 10 older swingers had chlamydia and around one in 20 (4%) had gonorrhoea.

'No discrimination'
Writing in the journal, the team led by Dr Nicole Dukers-Muijeres said: “Swingers differ from non-swinging heterosexual adults by their sexual network, typified by concurrent sexual partners and high rate of unprotected sex.

“These risk behaviours make swingers more prone to STIs, as our study confirms.

“Potentially, they may act as an STI transmission bridge to the entire population.”

The added: “While other risk groups for STIs, such as young [straight people] and [gay men] are systematically identified at STI healthcare facilities and provided with appropriate services, this is generally not the case for swingers

“By identifying and testing swingers regularly for STIs, the individual and population burden of STI as well as the spread of STIs can be reduced.”

Rebecca Findlay, of the UK's Family Planning Association (FPA), said: “The lesson from this study for British swingers is that they're a risk group for STIs.

“If they're off swinging they need to organise condoms and use them.”

A spokesman for the Health Protection Agency (HPA) added: “Sexually transmitted infections don't discriminate and can affect anyone, at any time of their lives.

“If you are having sex with a new partner and don't use a condom you can catch an STI. If people have put themselves at risk they should get tested, even if they don't have symptoms.”