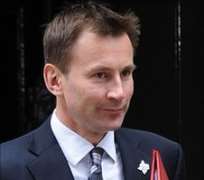 Chancellor George Osborne has confirmed that the 50p a month landline tax ear-marked for next-generation broadband will be scrapped.

Instead the government will leave the majority of super-fast broadband roll-out to private investment.

Some money will be available for rural roll-outs, he said.

The Conservatives opposed the introduction of the broadband tax and it was dropped from the Finance Bill at the end of the last parliament.

Speaking about the decision to scrap the tax, he said: “I am happy to be able to abolish this new duty before it is even introduced. Instead, we will support private broadband investment, including to rural areas, in part with funding from the Digital Switchover under-spend within the TV Licence Fee.”

Opening ducts
Labour plans to create a rural broadband fund via the new tax were supported by the Liberal Democrats but were heavily criticised by the Tories.

It was dropped from the Finance Bill as a compromise to get the rest of the legislation through before parliament was dissolved.

Despite the lack of new funding, the coalition government has said it is committed to providing broadband improvements.

In a speech at the beginning of June, culture secretary Jeremy Hunt said that it was his goal to provide Britain with the “best superfast broadband network in Europe”.

To achieve this, he is considering forcing water, gas and electricity companies to open up their ducts to allow fibre to be laid inside them.

Experts estimate that a large chunk of the cost of offering fibre networks is associated with the expense of digging up roads to create new ducts.

He will oversee the roll-out of next-generation broadband. He is also responsible for ensuring that all homes have a minimum speed of 2Mbps (megabits per second) by 2012, honouring a pledge made by the previous government.