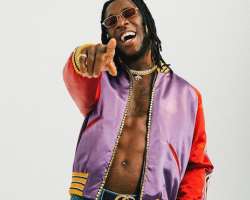 The biggest names in Africa’s creative and entertainment industry like Burna Boy, Tiwa Savage, Naira Marley, Patoranking, Teni, David Tlale, Tokyo James, Odio Mimonet, Wisdom Franklin, Maria Borges, Adesuwa Aighewi and Millen Magese amongst others, will be showcasing the immense beauty of Africa and its talents at the second edition of the Born in Africa Festival (BAFEST) on December 15, 2019 at Eko Atlantic City, Lagos. BAFEST is a fusion of music, art, film and fashion and a celebration of the distinct dynamism of the African spirit.

Grammy nominated artist, Burna Boy, who will be joined on stage by some of Africa’s biggest acts at BAFEST 2019 recently, performed alongside Grammy Award winning rapper, Cardi B in Lagos.

The day-long event will see these artistes feature in a concert after a showcase of arts, music and African film highlighting and rewriting Africa’s negative narrative. “For us Africans, music, art, film and fashion are much more than the lyrics, paint, stories and fabrics, they're all forms of showcasing our culture, its richness, as well as its diversity. They are depictions of our style and identity.

Last year, at BAFEST 2018, we had a fantastic time bringing together some of the most talented human beings on the continent. It was an opportunity to showcase these superb minds to the world and this year’s edition will be no exception. We, at Access Bank, have over the past few years continued to highlight the best Africa has to offer with our string of event partnerships such as the Access Bank Lagos City Marathon, Art X Lagos and the African International Film Festival. With these events and with BAFEST we’re aiming at rewriting the African narrative of negativity while positioning the best the continent has to offer.”