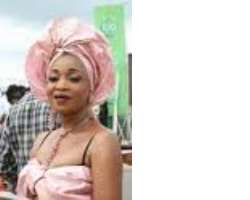 Delectable star actress, Nike Peller, the daughter to the late magician, Professor Moshood Abiola Peller has concluded plans to mount the stage with her lawyer turned magician, Zeeto in a couple of weeks.

“Yes, it's true; she is mounting a stage for magic with her elder brother, Zeeto. We plan to tour Nigeria for stage performance. We are starting from Lagos first and gradually extend it to other parts of the nation.” One of her aides we had a chat with said.