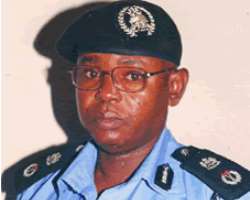 He said the command is committed to continue working hard for the good teeming citizens of the state. He urged for the participation of members of the public in policing the ideological cardinal principle of his for absolute crime prevention and control.

Mission and vision in Sokoto
'I will apply the Police Act and Regulation, Laws of the Federation inclusive, the Inspector General of Police blue print of combating violence crime of all forms, community policing, zero tolerance in corruption as well as developing professional individual capacities.'

Operation Wurjanja
'This is an outfit for crime prevention which I will re-brand to enhance its capacity to vanquish any form of heinous crimes in all identified black spots and criminal hideouts. In addition, there will be constant raiding of criminals wherever they maybe hiding in the state. Intelligence-led policing will be used as an avenue to get vital information, strike, chase and arrest offenders for prosecution.'

Police image
'We shall at regular interval meet with the members of the public, student unions, NURTW, PCRC and other relevant stakeholders for interactive secessions, symposium and workshops. The Police Community Relations Committee (PCRC) will be resuscitated at the divisional level in the state. This will no doubt bring more confidence and trust in the force. No stone will be left unturned in dealing with deviants.'

Government assistance
'I commend the state government effort for providing logistics support (30 Hilux vehicles) for patrol. I urge them not to relent in assisting the police for effective crime prevention in the state. I will soon embark on courtesy visits to the 23 local government areas and all other divisions, where I will solicit for their maximum cooperation with regard to crime prevention.'

Check-mating coruption
'I will strategize the anti-corruption crusade and set up monitoring unit to check, arrest and investigate corrupt officers and men, at police stations, formations and highways in the state. Any act of corrupt tendency shall not be condoled. We shall be having periodic, weekly and monthly conferences with senior officers of the command. Also, I will meet with the inspector and rank and files at a regular interval with view to intimating them of their constitutional duties, and listen to their views for proper policing and transparency.'

Message
'I know the people of Sokoto State are God fearing and religious who have respect for the rule of law. I advise them to maintain the tempo, because, the laws of the land must be supreme and respected by all citizens. The command is ever ready to give maximum cooperation to the good people of the state in area of crime prevention, management and control.'