Jega's Nomination: I did Not Break The Law â€“ Jonathan 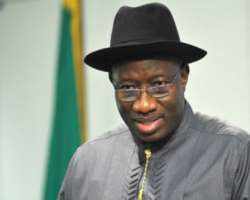 Jonathan made the clarification for the second time within a week following a statement credited to the Chairman of the Electoral Reform Panel, retired Chief Justice Muhammadu Uwais, who was quoted in a local newspaper last weekend to have said, "I am happy for Prof. Jega for being nominated to be INEC chairman. I know him personally since we worked together on the ERC, but the method by which he was appointed is not strictly in accordance with the recommendations of the panel.

"As you know what the panel recommended is that the National Judicial Council will nominate three persons that it considers suitable for appointment as INEC Chairman and that those three names be forwarded to the Council of State. Then the Council will select one name and forward same to the Senate for confirmation".

But Jonathan in a statement by presidential media Adviser, Mr. Ima Niboro countered the respected jurist’s views on the matter.

The statement in full reads thus: "Our attention has been drawn to remarks by the Chairman of the Electoral Reform Panel, the highly respected retired Chief Justice Muhammadu Uwais over the weekend. He had reportedly stated that key recommendations of the committee were not taken on board in the appointment of officials for the reconstituted Independent National Electoral Commission, INEC.

"He was also quoted as having expressed frustration that the appointment of the new INEC chair was not strictly speaking, in accordance with the recommendations of the committee. We understand and to a large extent share the frustrations of the eminent jurist. This is even more so if we recall that it was the late President Umaru Musa Yar’Adua, to whom Dr. Jonathan was deputy, that set up the Justice Uwais Committee in the first place.

"We must also recall that Dr. Jonathan played a key role in the process, having chaired the committee of all political parties, less the Action Congress, that took a wide ranging look at the defects of our electoral system, and whose report was passed on to, and largely adopted by the Uwais panel.

"However, no matter how we feel about the reforms, the law is the law, and Justice Uwais probably knows this more than the rest of us. For now, the law in place mandates the President to nominate the Chairman and members of the electoral commission, along with state chairmen of INEC, present them to the Council of State, which is advisory, and send to the Senate for screening. This is exactly what the President has done. The recommendations of the Uwais panel, no matter how well meaning, remain recommendations, until they are passed into law by the National Assembly.

"We wish to note that with the Acting Chairman of INEC already complaining that time is too short to prepare for the next elections, and all manner of ridiculous tenure elongation scenarios being played in the media, it would have been foolhardy to put off a decision on reconstituting the electoral body, until the National Assembly passes the Uwais panel’s recommendations into law.

"This is why the President moved with dispatch to reconstitute INEC, putting together a team whose credibility has been hailed locally and internationally. I would like to state unequivocally that President Jonathan is fully committed to electoral reform, and is determined to ensure above all things that all votes count in Nigeria from now on," the statement assured.