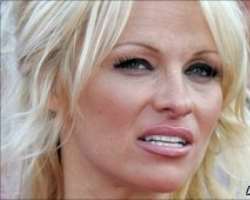 The actress, who made her debut in Aladdin last year at the New Wimbledon Theatre, will appear at the Liverpool Empire alongside Les Dennis.

The actress has again been cast as the Genie In The Bottle, a role she said she is “thrilled” to play for a second time.

“I am very excited about spending some time in Liverpool – a city I have never visited before,” she said.

Anderson follows in the footsteps of fellow American Henry Winkler – Fonz in Happy Days – who appeared in pantomime in Liverpool last year.

“He had nothing but great things to say about the people and the city,” Anderson said in a statement.

“I am very excited – see you soon!”
The production is scheduled to run from 10 December to 2 January.