BP BOARD TO DISCUSS DIVIDENDS ON MONDAY 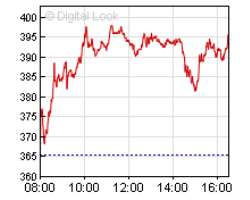 BP directors will meet on Monday to discuss whether to suspend dividends to shareholders, the BBC has learned.

Executives will then meet with US President Barack Obama on Wednesday, but no announcement on the payments is expected in the near future.

BP has been under intense pressure from the US government, which wants BP to use the money to pay for the Gulf of Mexico clean-up.

“No announcement is expected for a while, but it is looking more likely that BP will cease paying the £1.8bn of dividends per quarter that it's been delivering to shareholders – until that is it can quantify the final massive bill for the Gulf of Mexico oil debacle and prove to the White House that it can afford those enormous costs,” BBC business editor Robert Peston said.

Dividend options
Pensions expert and former government adviser Ros Altmann told the BBC that if the company did cut its dividend it would be “a blow”, but should not be taken “out of proportion”.

“For people already drawing a pension it doesn't really have much impact. For people saving for a pension, what we're talking about here is one quarter's dividend perhaps not being paid, certainly initially,” she said.

“It will only have an impact on people who are coming up to retirement immediately and will then have to convert their pension fund into a pension straight away, then the value of that pension fund will be less.”

The National Association of Pension Funds (NAPF) estimates that UK pension funds' exposure to BP is about 1.5% of their total assets, which are worth more than £800bn.

Joanne Segars, chief executive of the NAPF, agreed that the impact on pensions would be “relatively diluted” as pension funds invest in many different companies' stocks and shares.

“The ability of pension funds to pay out pensions to today's pensioners and tomorrow's pensioners shouldn't be affected by this crisis,” she said.

But she added: “If we saw a continuation of withholding of dividends or the company coming under further pressure and further speculation about its future then that's a real issue.”

Political concerns
BP shares closed at 390p on Friday, recovering the losses suffered during a choppy trading session on Thursday.

However, the oil giant's share price has almost halved since the Deepwater Horizon oil spill began on 20 April.

This week, the crisis has taken on a more political dimension with UK Prime Minister David Cameron and senior ministers commenting on the oil spill for the first time.

BP chairman Carl-Henric Svanberg, who has been asked to meet President Obama next week, earlier spoke to both Mr Cameron and Chancellor George Osborne.

A Downing Street spokesman said Mr Cameron had told the BP chairman that he was “frustrated and concerned” about the environmental damage caused by the spill.

He added: “He said that it is in everyone's interests that BP continues to be a financially strong and stable company.”

Mr Cameron will discuss the issue with US President Barack Obama during their regular phone call on Saturday.

Also on Friday, the head of the US Coast Guard, Admiral Thad Allen – the US official overseeing the clean-up of the oil spill – said BP would be able to nearly double the amount of oil it was collecting from the ruptured undersea well by next month.

He said once a “hard cap containment system” was in place, BP would be able to siphon off 50,000 barrels a day.