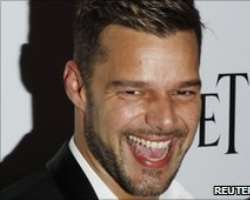 Latin pop star Ricky Martin will return to Broadway in 2010 to star in a revival of Andrew Lloyd Webber's Evita, producers have announced.

Martin, who previously appeared in Les Miserables, said: “I've never lost my love for the intimacy of the theatre.”

Roger is returning to the role of Peron after rave reviews in a revival that played in London's West End in 2006.

Martin, who has sold more than 60 million albums, is best known for his 1999 single Livin' La Vida Loca.

That track went to number one in more than 20 countries.