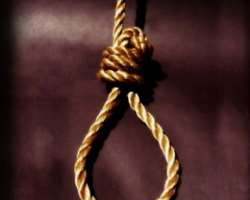 Rights group fears death sentences are handed down after proceedings that fail to satisfy international standards for fair trial.

NICOSIA - Amnesty International condemned the reported execution of 18 people in Libya, many of them foreigners, the rights group said in a statement on Wednesday.

"Amnesty International opposes the death penalty in all cases, as the ultimate form of cruel and inhuman punishment and a violation of the right to life," Amnesty said.

"In the case of Libya, we fear that death sentences are handed down after proceedings which fail to satisfy international standards for fair trial," Amnesty added.

Libya's online Qurina news website reported that 18 people were executed by firing squad in Tripoli and Benghazi for premeditated murder, including nationals of Chad, Egypt and Nigeria.

"Last Sunday's dreadful events should not be repeated. The authorities should reveal the identities of the 18 people who were executed and vow to desist from further executions," Amnesty said.

"The Libyan authorities must declare a moratorium on executions and join the international trend towards abolition of the death penalty," it said, urging authorities to commute the sentences of all those on death row.

More than 200 people are currently on death row in Libya, Qurina reported. "They are believed to include a large number of foreign nationals against whom the death penalty appears to be used disproportionately," Amnesty said.

"They are often not provided with interpretation or translation assistance during legal proceedings, which are conducted in Arabic, or access to their own government's consular representatives," Amnesty added.

It said, "foreign nationals are also at a disadvantage compared to Libyans in seeking commutation of their death sentences because they generally have limited financial means and lack a family network in Libya that can assist them by negotiating with the family of their alleged victim."

Amnesty said that Libya had resisted moves to abolish the death penalty. In December 2007 and 2008, Libya was among the minority of states that voted against successful UN General Assembly resolutions calling for a worldwide moratorium on executions, it said.