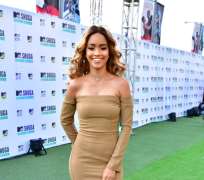 Hosted by MTV VJ, Sammy Walsh, and featuring media personalities Zainab Balogun, Maria Okanrende and Jimmie, MTV Base’s latest episode of Slayed or Shade touched a number of issues. The guests on the show shared their thoughts on everything from Made In Nigeria shoes to what it takes to build a brand as an on air personality.

While the entire episode was quite riveting, the most interesting part was definitely when Sammy and her guests rated the looks of celebrities at the premiere of MTV Shuga season 6. While they praised Bolanle and Sammy for slaying, OC Ukeje was a victim of the shade. Maria described Daniel’s look as ‘OK’ but felt that she doesnt like when people mix sportswear with denim.

Olumide Oworu’s Wakandan inspired look also didn’t sit well with the panel because they felt he should have gone all the way. The only man on the panel, Jimmie, also revealed that it wasn’t a good look. Interestingly they advised the budding actor to take lesson tips from Adekunle Gold. Yikes!

You can watch the shade heavy episode here :