WE WILL PROTECT EFCC AGAINST THE CORRUPT - FG 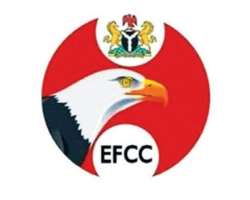 San Francisco, June 09, (THEWILL) - A fresh boost came for the Economic and Financial Crimes Commission, EFCC and the war against corruption on today with a new assurance from the Federal Government that it would continue to support, strengthen and protect the anti-graft agency against the numerous antics of the corrupt and powerful individuals in the country.

The Attorney General of the Federation and Minister of Justice, Mr. Mohammed Bello Adoke, SAN gave this assurance at the launch of an Anti-Corruption Handbook For Nigerian Youths sponsored by the EFCC.

The AGF, while expressing government support to the anti-graft agency, stated that government was not oblivious of the resolve of the criminally minded to scuttle the anti-corruption fight but promised that their efforts would be met with stiff opposition.

"We are not unaware of the challenges militating against the fight, especially of those trying to frustrate it. We shall make sure they do not succeed." Adoke promised. He also stressed that his presence at the occasion was to underscore government’s commitment to the fight against corruption. "I am here to show support and solidarity to the author and the EFCC. This is because the fight against corruption is one of the most cardinal thrust of this government."

Speaking earlier, Chairman of the EFCC, Mrs. Farida Waziri commended the author for his efforts which she said was aimed at re-branding education, business, politics and public administration in the country. She said that because many corrupt practices fall within the ambit of economic crimes, EFCC has come under serious and sometimes mis-guided public scrutiny.

"Because of the volume of jobs we do, a lot of attention has been attracted to us and when there are no dramatic results, the impression is created that there is a lull or that the fight has been dampened or is compromised."

She, therefore, used the occasion to highlight some of the commission’s achievements, which included rising prosecution of high profile personalities and consistent enlightenment of Nigerians about the evils of corrupt practices. She also bemoaned slow pace of court processes, which she said could only be curtailed by the creation of special courts that she has been advocating. Waziri therefore solicited for support from the legislature in this regard stating that the war can only be effective when more convictions are achieved.

In his brief remark at the occasion, chairman of the occasion, Dr. Tahir Mamman, Director General of the Nigeria Law School, declared that the starting point in the fight against corruption should be a change of mindset from every Nigerian. He urged all anti- corruption agencies to be self -regulating if they wished the fight to be successful, stressing that youths should equally shun successes measured only from the perspective of money.

Speaking also, Prof. E.A. Afolabi, representing the Special Guest of Honour and Minister of Education, Ruqayyattu Rufa’i, said the occasion has come at an auspicious time when government was battling with how to restore the lost hope in the dwindling fortunes of education in the country. He identified the neglect of the education sector by previous governments as one reason corruption has taken a front burner, stating that adequate remuneration and respect for teachers at all levels would stem the tide of corrupt practices.

The reviewer of the book, Prof. E. Alemika, while giving a critical analysis of the phenomenon called corruption and some successive governments’ efforts at tackling it, identified the judiciary as the weakest link in the anti-corruption fight. He lauded the author’s efforts saying the book was a bold attempt.

The author of the book, Tabi Hamman Joda, expressed his gratitude to Waziri and the EFCC in identifying with what he termed a landmark in the quest to sustain the anti- corruption fight. He challenged the youths to shun corruption and live up to the billings of Nigeria ’s founding fathers.

Many other speakers at the occasion included the Commandant General of the Nigeria Security and Civil Defence Corps, Dr. Ade Abolarin, Minister of Police Affairs, Alhaji Adamu Waziri, Dr. Abubakar Tsav and many others, including representatives of the civil society, National Association of Nigerian Students, NANS, etc, all agreed that corruption was the bane of development in Nigeria and that EFCC being an agent of change must be supported. Highlight of the event was the unveiling of the book by the chairman of the occasion supported by other dignitaries.