Chidinma Releases Video For Her Latest Single, ‘love Me’ 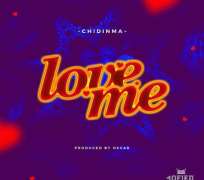 The video directed by Asurf Oluseyi, was shot in Epe, Lagos and has a rural setting featuring beautiful aerial, outdoor and indoor visuals.

The video follows a couple trying to work out their relationship while Chidinma, dressed in a variety of beautiful outfits, sings soulfully. Scenes where the couple gets advice from their friends are all too familiar for anyone who has been in a relationship.

These are some of the relatable scenes that make the video interesting and worth watching.

Chidinma Ekile Hillary is the sixth of seven children born on the 2nd of May. She hails from Imo state in the eastern part of Nigeria. She had been singing in the church choir before she won the third edition of Project Fame in 2010. She started working with Tobechukwu Ejiofor Melvin (ill Bliss) as her manager and she became the first female musician to peak at number 1 on the MTV Base official Naija Top Chart. In 2011, she released her self-titled debut studio album “Chidinma” where she worked with producers like Tha Suspect, Teey Mix, Cobhams, Oscar, and Wiz boy, she eventually met Clarence Peters and got signed to his record label Capital Hill Record.

She won her first award, the Best Female West African Act Category at the 2012 KORA Awards in Ivory Coast and the award plaque was presented to her by Didier Drogba. She performed Kedike at the ceremony. She also performed at the MTN power of 10 concert, a 10 city tour that celebrated MTN Nigeria 10 year anniversary in 2011.

She was nominated at the MTV Africa Music Awards 2014 for Best Female, at the Headies for Best Collaboration Video of the Year (emi ni baller featuring Illbliss and Tha Suspect), Best Afro Hip Hop Video. She won the Best Pop Extra Video Awards at the Nigerian Music Video Awards (NMVA). She won the Student Choice Best RnB /Pop Artiste of the year at the Nigerian Oscar Award 2015.