I Started as Comedian Before Getting Movie Roles… Egbeigwe Apama 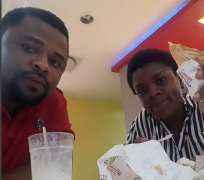 Comic Nollywood actor, Dike Osinachi better known as Egbeigwe Apama, has continued to make a strong name for himself in the Nollywood industry and he has become a force to reckon with.

Since breaking into the industry which has produced so many talents, the actor has been making lots of producers proud that he constantly get lots of movie roles.

What many don’t know about the actor is that he started off as a stand-up comedian and Mc before venturing into the movie industry.

Starting his New Year by hosting various marriage events, he took out time before heading for a movie location to share that “Many are not aware that this my first job (stand up comedian/mc) before movie.”