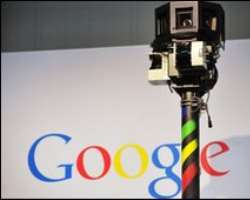 The Australian police have been ordered to investigate Google for possible breach of privacy while taking pictures for its Street View service.

Australia's attorney general said he had asked police to probe the internet giant following complaints that Google had gathered personal data from some unencrypted wi-fi services.

Google has admitted doing so, but apologised, saying it was in error.

The company has recently criticised the government's plan for internet filters.

Vendetta?
Attorney General Robert McClelland said there had been numerous complaints from the public and that police should investigate possible criminal breaches of the telecommunications privacy laws.

Google has said it will co-operate with a police investigation.

Google, the government said, had committed “probably the single biggest breach in the history of privacy”.

The company says it mistakenly collected the data and has since apologised, and has implied that the Australian government is pursuing a corporate vendetta, says the BBC's Nick Bryant in Sydney.

The internet giant has been a strong critic of the Australian government's plans for an internet filter blocking illegal material, saying it would slow down user speeds and filter legitimate content.