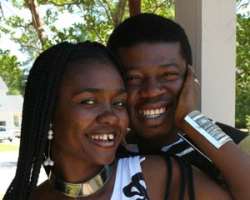 Isaac Moses, producer of internationally acclaimed Goge Africa is undoubtedly a big name in the entertainment industry. As an actor, voice over artiste, producer, presenter and a renowned promoter of African culture and tourism, he can be said to have come a long way in the sector. In this interview with EMEKA UMEJEI, Moses recounts the gains of entertainment business under democracy, among other issues.

You have been around in the entertainment industry for some while. How would you describe the sector?

The Nigerian entertainment landscape is growing, evolving. People are free to experiment and artistes are becoming more creative. Corporate brands are beginning to associate with the industry and are investing in the entertainment business. The telecoms companies are beginning to really give entertainment a fillip. So, these days you see entertainers drive the kind of cars that were hitherto reserved for very successful business people. Entertainers are now seen as very successful because nobody knows what their bank accounts are like but you can tell by the way they dress, the cars they drive, their social status and some of them own houses in Lekki. That is dividend of democracy. As far as I am concerned, the entertainment industry is booming and has arrived in the country.

There are people who argue that this evolution in the entertainment industry has not affected Nollywood because it is still being dominated by non-professionals.

What makes one a professional? A professional is someone who makes a living from what he or she does. If you make a living from painting, then you are a professional painter; if you make a living from singing, you are a professional singer. Nollywood is an entirely different phenomenon because if you look at the evolution of Nollywwod, it has come a long way and I can tell you that Nollywood has also grown. Nollywood is now seen not just only in Nigerian but all over Africa, courtesy Africa Magic. Nigerians are all over the world; wherever they go they want to watch Nollywood films. It is a phenomenon in the sense that Africans are beginning to see storylines they can identify with. They see storylines produced by Africans and they are able to see that the same situations being produced in movies also happen in their own countries.

I met a man in Sierra Leone at a festival and he told me he was the king of wizards in that country. He told me that during the war they were using wizardry to attack their enemies. The man and his group performed some kind of bird dance before us and I asked why the bird symbol. He replied that the bird is symbolic because in those days they turned to birds at night to eat up all their enemies and they came back to their place by the day. He said they did not have sophisticated weapons to fight their enemies; so they used wizardry and all that. It tells you Africa is deep. So, when these people see certain things in Nollywood films they can identify with them. Now, Nollywood films are no longer about witchcraft and rituals. You have some love stories, depicting people in the rural areas and urban areas - how love would blossom from the rural areas to the cities. So, it is also evolving. Democracy has really impacted on Nollywood. And, let me say that but for Africa Magic, which took Nollywood to an entirely different level, the industry would not have grown this big.

There is a film and video censor workshop coming up in Kenya soon and Nollywood forms part of the central issue in discourse. Nigerians films are like the big thing in East Africa. There is no way they can talk about a film and video seminar without talking about Nollywood. So, entertainment generally has grown because of democracy. But for democracy, I don't think any artiste would have been free enough to sing Nigeria jaga jaga. It is because democracy is a government of the people by the people and for the people and people are free to sing and say what they like, and even challenge the government. That is what democracy is all about.

You know why I give it to Nollywood? All over the world, all the places I had been, the movie industry has what is called movie grants. There is a video censorship board. They have all kinds of grants for the development of the movie industry. When you have your scripts, you apply for grants and there are people whose job it is to write for grants. And then, the board will look at the scripts to ascertain if it is worth investing in and they release money for its production. You have trained professionals and they don't get trained with their own money. There are dedicated scholarships, grants that help them to get the best of training in the art of movie-making and films production of professional quality.

But in Nigeria, the situation is different. People use their personal funds to make movies. It is only in Nigeria that a producer will approach his brother that he needs N2 million to make a movie and promise to pay back with N300,000 interest. He will even go to the extent of telling his brother that he has booked for a prayer session to ensure that the film succeeds before his brother will oblige him.

Though, the movie industry has a lot of potential, the banks do not want to put their money where it is a probability. Even if it's a 50:50 probability rate of success, banks do not want to invest because they are custodians of other people's money. But Nigerian producers have guts; they take their personal funds, hard earned and put it into a film without any guarantee of success. In fact, most times they lose it. So, you now have a situation where every Tom, Dick and Harry who gets N2 million becomes a producer. There is nowhere in the world where it happens like that; nobody put his personal funds into making movies, not even in South Africa.

And because of the way these people rush to produce films, it has become a survivalist venture; they don't even allow the films to outlive their potential before putting another one into the market.

Like you rightly said, these things happen because there are no structures in the industry. Now, there are some kinds of levies introduced into making movies and some producers are running away from the levies because there is no guaranty they will make their money back. So, the more the money they put into it, the higher their overheads.

Most producers don't even want to do sound-post production of their films because that would increase their overheads. In Hollywood for you to shoot your film, you have to get permits which cost millions of dollars; you don't just wake up and start making a film. There has to be doctors on site, insurance cover and these things cost millions in the event of an artiste getting involved in any kind of accident.

But, we don't take all these things into cogniance because if we do, anybody wouldn't just make a movie the way he wishes. The truth is that Nollywood is big. Even in the Caribbean, people respect Nollywood, especially the blacks. The last time we were in Barbados, they expressed a lot of enthusiasm about Nollywood and they were asking about some of our actors. They even sought for opportunities to partner with Nollywood because they want to see how we make our movies; they could identify with the stories and they like them.

That is the good thing about Nollywood. Nigerians are daring and they have guts. In fact, Nollywood actually made the Ghanaian film industry almost stagnated to a point until they picked up from where they stopped and introduced Gollywood. So, Nollywood is a big phenomenon and it is only getting bigger; thank God for democracy.

What do you think democracy has been able to do for the entertainment industry?

Democracy is the government of the people, by the people and for the people. It is a system of government. It is not supposed to do anything particularly for the entertainment industry other than to provide an enabling environment where people have the freedom to do what they want to do. You can decide to do a film about the Nigerian Government, and tell a story about the government; you can decide do a satire on any aspect of government and you are free. It is part of the dividends of democracy. If it was under the military, you would be very careful. If want to do a satire on acts of the Nigerian Governance during the military era, you would have problems. Such a film might not even be released. That is one thing democracy can do for you as long as you are operating within the ambit of the law.

In what ways do you think government can come into the entertainment industry to help practitioners?

There is no part of the world where government directly participates in the entertainment industry. It only creates the enabling environment - the structures and laws - so that when you are coming into the business, you know there are laws and that you are protected. If there is an infringement, you know you can go to court and get some redress; that is what government does. It makes sure that the right taxes are collected from entertainment practitioners, regulates the entertainment industry through the Film and Censorship board, Nigeria Broadcasting Commission (NBC) etc.

Goge Africa just won an award. What was it all about?

CEPAN is based in Lagos but it has tentacles around Africa. It gave us an award as tourism icon; best tourism porgramme and we are really saying a big "Thank You" to it, our fans and Nigerians in general for their support over the years.