GOT THE COUNTRY YOU WANTED IN PIECES 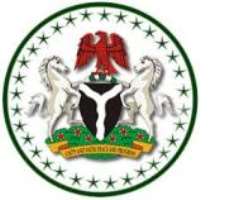 Must be a dreamer to think Nigeria can remain as it is: as the Sultan of Sokoto kicked against restructuring . Every major ethnic zone is calling not only for breakup but for non-indigenes to leave their areas. It started as bargaining chips but has gone viral. Even the Middle Belt in the Northern part of Nigeria are now demanding their own country while asking those “foreigners” to leave. There is no going back now. Nigeria must reorganize, confederate, federate or die.

The Unitary system started as a way to bring the Nation together and foster unity after senior officers took the power from soldiers. It has now come to light that General Aguiyi Ironsi acted based on the advice of another young educated officer, Lt. Colonel Odumegwu Ojukwu. He was brilliant and well informed but suffered from youthful exuberance. He dazzled his colleagues at Abuja peace meeting wriggling unsustainable concessions. Otherwise he wanted out of Nigeria.

On Aburi We Stand was not enough to sustain every part of Nigeria but it was too good to let go for only a region. It was not convenient to recall Nigerians that had been assimilated into many parts of the Country back to their home of origin but most Igbo obeyed the call and went back home. Those remaining in other parts of Nigeria were at risk because a war was going to break out. Families were torn apart, children were separated from their friends; for which we wept!

Yet, we have not learnt our lessons. This time every part of Nigeria is calling for what we prayed would never happen again. However, it is on a greater scale this time. Children that never knew war have become grown men and they want “referendum” like Ojukwu. They are sponsored by those that knew war. Using others’ youths as bargaining chips for their share of national greed (pie) while their own children are comfortably abroad . Yerima pointed to elders on quit notice .

Let us face it, the so-called Hausa/Fulani had wanted out of Nigeria. Awolowo went there to campaign and Azikiwe formed a coalition with them. Indeed, Tafawa Balewa did not care if the South wanted to form a coalition against the North since South had enough votes to form the Government. In his wisdom and for the unity of the country he loved, Azikiwe did not want to isolate the North. He formed a coalition with them. Nobody called most Igbo traitors then.

However, this has become ancient history. We must note that the North have beaten the South in every game conjured and formulated by the South. North kicked against Unitary Government but Gowon assured them that as a Northern, it would not work against them. After each of the elections, the North was able to get the same party from South to support them and formed the government. Usually, the cry for separation dwindled when a party is comfortably in power.

Ebele Jonathan from a minority ethnic group in the South became the President for the first time in the history of Nigeria. A minority President was a dream come true while the ethnic behemoths watched and complained of marginalization. Unfortunately, he proved that the problem with Nigeria was greater than who became President. It was the vultures within each ethnic group that derailed the system and our ability to progress beyond primordial instincts.

We failed not because of oppression by one ethnic group over another, we failed because of all the vultures in each ethnic group. While the rest of the world progressed despite frailties and corruption, ours were in overwhelming proportion to our incomes. In other words, if you take ten out of five, you are left with a deficit that keeps on increasing in our lifetime. As much as we prayed and worked to overcome regression, always diverted by ethnic and religious violence.

Nigeria must separate one way or the other before we realize that the evil that plague us is more within and less from outside. When those that champion our hatred for one another are the same people that benefit from it, we have to separate and get a breathing space to realize reality. It has got to that stage where Nigeria can no longer hold, anyone in the way of a moving train would be consumed. The fury and speed of a moving train can’t be controlled or stopped.

However, the same poor, weak and the children that would suffer; their generation will curse this generation leading them astray the same way we cursed our ancestors that sold us and our resources for mirrors. Those uprooted again by hatred and violence from where they eked or comfortably making a living would cry and curse those agitators that want Arewa, Odua, Igbo, Bendel, Middle Belt etc. nations they cannot sustain with oil or internal generated revenue.

So far in the history of the Country, only one region has demonstrated the ability to stand and be self-sustaining as Opposition regardless of oil or Federal. The hope is that each and every ethnic group crying for separation would be able to support their people. When non-indigenes are thrown out of adopted land, there must be those ready and willing to accommodate them.

Killing the biggest market in Africa will be regretted for generation the way we mourned our great Empires of Ghana, Mali and Songhai. Nigeria has been reduced to pieces of bargaining chips by those that have never achieved anything in their lives but boldly experimenting with the country’s future as we did once. Somebody rightly observed that if we start another war in Nigeria, which country in or outside Africa would be able to accommodate our refugees?

Those looking to graze their cattle in a different country, expecting to trade with another nation or exercise their rights as citizens would be surprised when the doors finally close on them. Our kids flee to risk desert, slavery, 419 and death penalty. We have seen how Nigerians are treated from the poorest African country to the richest. Animosity of separation would make it worse. Indeed, some neighbors are already attacking and sometimes maiming and killing neighbors.

The sound of “my people are killing my people” in Warri, Delta, Ife, Jos, Bornu, Aguleri and Umuleri are reminders that there would be no neutral Nigeria Police Force to separate you but local police taking sides. As much as we want some local police, we also thank goodness for the National Force that can be called upon from neutral ethnic group instead of United Nation.

This is nothing but another civil war in disguise because those that would be excluded from the biggest market in Africa would make their way back but with less negotiating power or rejection Related ethnic groups never returned abandoned properties of their cousins. Those who think it will be different this time cannot perform the same experiment and expect a different result.