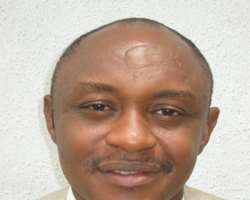 ABUJA, May 28, (THEWILL) - The New Nigeria Peoples Party (NNPP) has commended members of the National Assembly, notably the House of Representatives for voting overwhelmingly against the Two-Party system, stating that the move by the National Assembly was against well known democratic norms and principles.

In a communiqué at the end of their Town Hall meeting in Makurdi, signed by the National Secretary of the party, Agbo Gilbert Major and made available to THEWILL, the party said that it was concerned that in total contempt and disregard for universal democratic practices, the National Assembly set out on an undemocratic voyage aimed at reducing the number of political parties that could operate in a country which laws state clearly that people are free to associate and form political unions, when there are so many serious issues begging for consideration as the elections approach.

The party said there are so many issues that are very germane in the country’s search for an enduring democratic system such as independence of INEC, how its leadership should emerge, funding of INEC begging for consideration adding that it was uncomfortable with the recent chase aimed at forcing on a country of over 180 million people what they call two party system.

"We salute and thank the overwhelming majority of the House members who massively voted against the 'satanic' idea for giving Nigerians renewed faith in our democracy," said the communiqué.

The NNPP among other issues said it was embarrassed by recent newspaper reports that the Federal Government was inclined to set up a probe panel to look into the 12.4 billion dollars oil windfall revenue in the Babangida days as reported by the Okigbo Panel, stressing that the development is diversionary.

It noted that if the matter is resurrecting now because the man in question has indicated interest in the 2011 election, the moral burden is on the past governments that effectively swept the whole issue under the carpet and not Babangida who is alive to defend himself.

"We are not opposed to accountability in any way, but if we must make progress, we should hold past governments accountable to explain why they kept the report away all this time."

The party however endorses the decision that INEC funds be a first-line charge on the consolidated revenue of the federation and urge the President to ensure that no card-carrying member of any political party as being presently canvassed is appointed as chairman of the body even as it called on the President to as a matter of urgency appoint a substantive chairman for INEC so as to be able to settle down and kick-start preparations the elections. The person must be a man of very high integrity with a patriotic zeal to serve his fatherland.

The party also approved the 30% affirmative action for women in politics as encouragement for effective participation of the women folk in politics and enjoined women to massively go out and register their names as members of the party in the various state chapter offices of the great party.

The party strongly advised the President to quickly call an all political parties summit to discuss the coming 2011 elections, adding that the much needed reform should begin with the political parties not the other way round.