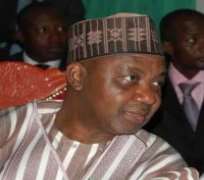 • Low-key Democracy Day over Yar'Adua
THE Federal Executive Council (FEC) yesterday moved to curtail the high cost of contracts awarded in Nigeria, setting up a committee to investigate the processes that lead to the add-ups with a view to removing them.

The Inter-Ministerial Committee on High Cost of Contracts in Nigeria is to find out why, comparatively, the cost of contracts is higher in Nigeria, by about 30 per cent, than the countries within the West African sub-region.

The Council also approved another committee, headed by Vice President Namadi Sambo, to look into the issue of all Federal Government projects executed by the various states.

President Goodluck Jonathan recently directed the Presidential Projects Assessment Committee (PPAC) to also look into how to bring down the high cost of contracts.

Maku noted that the Inter-Ministerial Committee on High Cost of Contracts in Nigeria, headed by the Vice President, was mandated to look into all the factors that lead to the phenomenon.

Maku stated that the essence of the second committee was to prevent a situation where a state government will embark on projects on its own and later approach the federal authorities for refund.

He added that 'in the recent past, state governments have unilaterally awarded contracts for jobs belonging to the Federal Government.'

The Council also approved the Public Private Partnership (PPP) arrangement for the infrastructural development of Katampe District in the Federal Capital Territory (FCT), which is expected to cost N61.2 billion.

The FCT Minister stated that the private firm that would execute the PPP project and has five years to recoup its money.

The firm is expected to charge a development levy of N12,000 per square metre of land under this scheme but the FCT Administration would bear a part of the burden of payment but would later push the incidence of the payment to land owners in the district.

The Council also awarded other contracts, including that for the 20-kilometre Port Harcourt-Abia-Akwa Ibom (Phase I) dual carriageway, at N13.592 billion. The contract was awarded to Chinese Civil Engineering Company (CCEC). A total of N285 million would be paid to the firm that would monitor the execution of the project.

Also, the contract for the land reclamation work in the Warri axis was re-awarded by the Council at a total of N1.5 billion.

Maku stated that the initial contractor for the dredging project could not mobilise to site due to alleged hostility by the host communities.

He said: 'The contract was terminated and re-awarded to a new contractor at the same cost, to ensure that the project was never delayed unnecessarily.'

The frame-work, he further explained, would enable the country update the standard of ICT education both in learning and capacity-building of the citizenry.

Meanwhile, this year's Democracy Day billed to take place on Saturday will be low-key in honour of the late President Umaru Musa Yar'Adua, Maku said.

According to him, although the seven-day mourning period for Alhaji Yar'Adua is officially over, it will be marked without fanfare as a mark of respect for the late President.

But he stated that the various state governments and other Nigerians are free to mark the day as loudly as they wish because 'democracy has not only come to stay in Nigeria, there are a lot of positive things that have been achieved by our democracy.'

He said the Federal Government nevertheless is not unmindful of the fact that Democracy Day is worth celebrating since 'a lot has been achieved, and not just physical things but also other things that we may not see but are happy to experience because of democracy'.

Maku listed the achievements to include continuity of government, the gradual strengthening of democratic institutions and the several civil liberties enjoyed by Nigerians.

He noted that the adherence to the rule of law and the supremacy of the Constitution has made government actions predictable thus increasing the confidence of Nigerians that they can freely question government's actions.

The minister added: 'Our institutions are now stronger and we can predict what government will do because the laws are there and they are being obeyed. In the days of military rule, we would have had several regimes within a decade but we can now transit from one government to another without the bloodshed that comes with military coups.'