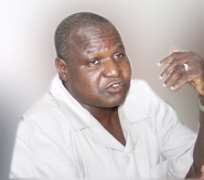 The Nigeria Labour Congress has expressed deep concern over what it described as the growing political romance between President Goodluck Jonathan and a former President, Chief Olusegun Obasanjo.

The President of the NLC, Mr. Abdulwahed Omar, said that such relationship was a bad omen for the 2011 elections.

Speaking at an interactive session with journalists at a launch organised by the NLC and civil society bodies in Abuja, on Monday, Omar said Obasanjo's influence on those in power was inimical to the country's democratic process.

He therefore warned Jonathan to be cautious in his relationship with the former President.

The NLC Chairman said that recent comments attributed to Obasanjo during a trip to the United States of America showed that he did not believe in pursuing free and fair elections in the society.

He said, 'While the labour movement will not dictate to Mr. President whom to relate with, or whom to consult on matters of national interest, we wish to also categorically state, like many concerned patriots, that we are very uncomfortable with Mr. President's seeming romance with former President Obasanjo.

'Our feeling derives from the fact that former President Obasanjo had done more harm to the current democratic process than good and stands to cause further damage if given unfettered access to influence opinions of those in power.

'If President Jonathan desires the trust and confidence of Nigerians, he must stop hobnobbing with Obasanjo for he represents the most visibly formidable danger to the future of our democracy.'

The NLC also criticised the appointment at the Director of Operations of the Independent National Electoral Commission, Mr. Solomon Soyebi, as the Chairman of the commission in acting capacity.

Omar said that Soyebi was a major factor in the conduct of the widely condemned 2007 general election and the rerun election in Ekiti State conducted by INEC under Prof. Maurice Iwu.

The NLC Chairman, who urged the President to resist the calls to appoint people with questionable credentials into the position, advised that it was high time people with the requisite credentials and integrity were appointed to head the commission.

He said, 'We are equally not comfortable with a scenario where a former INEC commissioner, Mr. Solomon Soyebi, is holding forth at the commission as Acting Chairman.

'Mr Soyebi, we must note, was one of the leprous fingers of INEC under Maurice Iwu who superintended over the conduct of the very fraudulent 2007 general elections and the subsequent by-elections, particularly that of Ekiti State.

'We therefore urge Mr. President to quickly fill all vacancies at the Commission with men of impeccable integrity to begin to lay the foundation for the 2011 general elections to hold in a few months.

However, Omar commended Jonathan for removing Iwu in consonance with popular demand and stressed that Iwu's sacking was only the beginning of the journey to the conduct of credible, free and fair elections in the country.

Meanwhile, the NLC said that its major concern was not whether Jonathan would contest the next election or not, but the conduct of credible poll.

But the Secretary of Alliance for Credible elections, Mr. Emma Ezeazu, advised him not to contest.

He also urged the President to avoid imposing anybody on the country.

He argued that if Jonathan was involved in the contest for the Presidency in 2011, he might use the anti-corruption agencies to fight political battles.