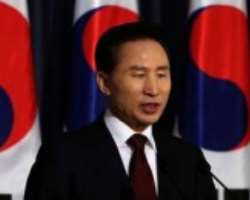 TENSIONS have deepened the Korean peninsula as South Korea accused North Korea of firing a torpedo that sank a naval warship, killing 46 sailors in the country's worst military disaster since the Korean War.

President Lee Myung-bak vowed 'stern action' for the provocation following the release of long-awaited results from a multinational investigation into the March 26 sinking near the Koreas' tense maritime border. North Korea, reacting swiftly, called the results a fabrication, and warned that any retaliation would trigger war. It continued to deny involvement in the sinking of the warship Cheonan.

'If the (South Korean) enemies try to deal any retaliation or punishment, or if they try sanctions or a strike on us …. we will answer to this with all-out war,' Col. Pak In Ho of North Korea's navy told broadcaster APTN in an exclusive interview in Pyongyang.

Since the 1950-53 war on the Korean peninsula ended in a truce rather than a peace treaty, the two Koreas remain locked in a state of war and divided by the world's most heavily armed border.

The truce prevents Seoul from waging a unilateral military attack.

However, South Korea and the U.S., which has 28,500 troops on the peninsula, could hold joint military exercises in a show of force, said Daniel Pinkston, a Seoul-based analyst for the International Crisis Group think tank.

South Korean and U.S. officials also said they are considering a variety of options in response to the warship's sinking, ranging from UN Security Council action to additional U.S. penalties.

The exchange of war rhetoric raised tensions, but the isolated communist regime – already under international pressure to cease its nuclear weapons program – often warns of dire consequences against South Korea or Washington for any punitive steps against it. Its large but decrepit military would be no match for U.S. and Korean forces.

Pyongyang continued its steadfast denials of involvement in the sinking.

'Our Korean People's Army was not founded for the purpose of attacking others. We have no intention to strike others first,' Col. Pak, the naval spokesman, told APTN in the North Korean capital. 'So why should we attack a ship like the Cheonan which has no relation with us, no need to strike it and we have no significance in doing so.'

North Korea's powerful National Defense Commission warned the South against provocative acts near their border, and urged the U.S. and Japan to 'act with discretion,' the state-run Korean Central News Agency said in a dispatch monitored in Seoul.

North Korea has waged a slew of attacks on South Korea since the 1950-53 fighting ended, including the 1987 downing of a South Korean airliner that killed all 115 people on board.

Pyongyang has never owned up to the attacks.
North Korea also disputes the maritime border drawn unilaterally by UN forces at the close of the Korean War, and the waters have been the site of several deadly naval clashes since 1999.

Detailed scientific analysis of the wreckage, as well as fragments recovered from the waters where the Cheonan went down, point to North Korea, investigators said.

The bending of the ship's keel backs the theory that an underwater torpedo triggered a shockwave and bubble effect that tore the ship apart, the report said.

The report also cites fractures on the main deck, statements from survivors and a sentry on a nearby island, and fractures and lacerations on the remains of deceased sailors.

A serial number on one fragment is consistent with markings from a North Korean torpedo that Seoul obtained years earlier, Yoon said.

'The evidence points overwhelmingly to the conclusion that the torpedo was fired by a North Korean submarine,' he said. 'There is no other plausible explanation.'

At Seoul's main train station, scores of people watched raptly as the investigator laid out the evidence against North Korea.

'I'm afraid,' said Naima Vela, 26-year-old student from Italy. 'I still have a month or two to stay in Seoul and I don't know if I should.'

Near the Demilitarized Zone, tourists peered across the border into North Korea.

'As a mother of a boy who is serving his military duty right now, I don't want a war to break out,' Jeon Bok-soon said in Paju as she looked across the border into North Korea.

'However if (North Korea) keeps mentioning war, I think we should also show our strong military power,' she said.