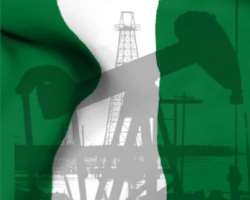 San Francisco, May 19, (THEWILL) - The Federal Government has suspended the ongoing investigation into the award of oil blocks carried out during the last days of former President Olusegun Obasanjo, THEWILL can report authoritatively.

The inquiry was instituted by late President Umaru Yar’Adua in an effort to checkmate downward trend in oil production by the introduction of industry reforms to increase the declining revenue and set in greater efficiency and transparency.

THEWILL checks at the Department of Petroleum Resources, the industry regulator, and the Ministry of Petroleum Resources indicate that the investigation into the 2007 oil licensing rounds was stopped and instead attention has been shifted to how government would make this year’s round transparent but officials declined to comment further.

THEWILL recalls that during the sale of the blocks in 2007, multinational oil companies that clearly hold sway in the industry shied away from the offer of 45 blocks where only eighteen were purchased by less known firms, alleging that the bid round was put in place as patronage to loyalists and supporters of Obasanjo.

Investigation further reveal that the truncating of the probe may not be unconnected with the fact that most of the approvals came from Obasanjo and continuing such probe by the present administration may turn out be ‘biting the finger that has fed you’, said an industry player who pleaded anonymity.

The auction of 2007 was regarded by players in the industry as a last minute opportunity for former President Olusegun Obasanjo to pay back his loyal supporters.

The brouhaha that trailed the oil block auction fraud claimed one of its victims, Tony Chukwueke, the Director of the Department of Petroleum Resources, who was asked by the oil ministry to step down pending an in-depth investigation of the round. Till date, Mr. Chukwueke has neither been recalled nor any punishment handed to existing top government officials and their collaborators.

Some industry players said the application of breaks to the investigation was necessary in order for government to be more focused in delivering the dividends of democracy apart from allowing foreign direct investment into the sector because of strains in the flow of oil revenue.

It would be recalled that Shell, one of the oil majors advised then that government risked undermining investor confidence after it asked Shell and ExxonMobil to pay almost two billion dollars ($2 billion) in unpaid taxes and revenues after a committee audited contracts for offshore oilfields signed seventeen years ago.

Meanwhile the Federal Government has put in place machinery to prevent malpractices in the 2010 oil licensing round to improve the image of Nigeria globally on transparency rating.

Mrs. Diezani Allison-Madueke, Nigeria ’s oil Minister dropped the hint recently in Houston, Texas, United States of America, that the upcoming auction of oil blocks to actual and potential investors would be carried out with due process.

"It is important for the government to ensure 100 per cent transparent process in the conduct of 2010 bid round for oil blocks so as to attract inflow of foreign direct investments into the nation’s oil and gas industry," she said.

"Even though the bid round will take place very soon, until we have completed all procedures needed to ensure transparency, it will be difficult to come up with a date for submission of bid packages by prospective companies," she stressed.