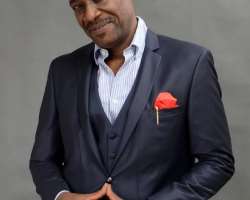 Legends are not easily forgotten especially for those who understands their craft and for many who can still recall popular TV series, Checkmate, then you will remember actor, Paul Adams.

All thanks to late movie producer, Amak Igwe, who brought smiles to many homes those years as most families will be preparing so they can tune their TV to NTA by 7pm on Thursdays to watch the troubles, threat and blackmails in the drama series.

Well, thank God, some of these stars like Ego Boye, Richard Mofe Damijo better known as RMD, and others are still alive and still maintaining strong relevance in the industry.

Adams has just chosen to join the groove in the industry as he recently shared photos of his handsome looks and one will begin to imagine that with his age, he still uses his good looks and taste for fashion to melt hearts.