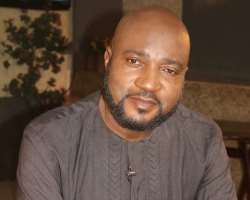 Ailing Nollywood actor and producer, Obi Madubogwu, is not showing any signs of recovery as his leg gets bad by the day despite being in the hospital.

The actor has been hospitalized for several months now after he was diagnosed with diabetes and he has been seeking for financial help to be able to save his leg.

Reports has it that the actor needs another round of surgery and as such, he will be flown to the United States of America where the surgery will take place as he hopes to get his groove back.

According to the press release, kit reads; “Although the actor has recorded appreciable improvement in his health, additional funds are still needed for the final lap of the treatment which is scheduled to take place in a US hospital, which is why his fund raising team(comprising Chinasa Onyechere, Chioma Okoye, Rita Edochie, Queen Nwokoye, Ngozi Ezeonu, Ifeanyi Azodo, Emma Ugodi, Chimdi Chiama, Oby Okafor, Omalicha Nkwenu, Ifeanyi Ikpoenyi and Ejiro Okurame) , is still appealing to Nigerians at home and in the Diaspora to kindly donate through www.gofundme.com/Obimadubogwumedicalfund or Madubogwu Ngozi Obianuju Zenith Bank No: 1003425591 and Chioma Dorcas Okoye, FCMB 0864102013.”