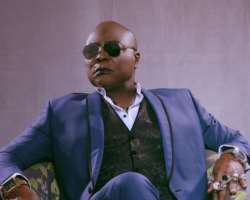 Singer, 2Face, has been trending of recent due to the staged protest over the situation of the country which has been welcomed various view.

While some seat back to criticize him, some have been applauding him but popular social commentator, Charly Boy, has also lend his voice over the matter.

Charly Boy stated that he felt so disappointed that someone somewhere could just seat back to criticize the singer knowing that the country has gotten from bad to worse.

He pointed out that using the singer’s past to judge him does not add any value to the country as he has decided to take the bold step towards ensuring that the government of the day is called to order.

According to Charly Boy, “I just tire when I read some useless tweets and updates about Tuface. As a Fada, e no go nice if I just sidon make some guys dey fuckup, dey miss yarn because dem Mumu never Do. Have we not suffered Enough? Are we not Hungry Enough? Has Corruption not crippled our People enough? Has Political Criminality not damaged our Morality enough? Wetin remain again, no be to enter street?

“If some can't see the sense in the march Tuface is organizing why must they insist on exposing their ignorance on our social highway. If Tubaba like make e get 7 kids with 3 babymamas, what has that got to do with the price of garri in the market? Has TuFace not been actively involved in the demand for good governance before now? So why is it that he has ulterior motives now.

“Anyhow, anywhere any day I go show, because Na our future we they fight for. Since last year me and some exceptional Nigerian youths are also putting together The Mother of all rally's to be held in Abuja. We must see the end of this nonsense. Pikin wey say him mama no go rest, him too no go sleep. We they come, them go know how far. Am calling on all celebrities wey get mouth to speak out and fall out. Everybody wey dey fraustrated with this country must show, enough is enough.”