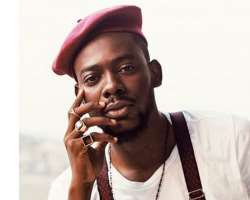 Hip Hip Hurray, YBNL signee, Adekunle Gold, has wowed his teaming audience with great tunes that is not only being enjoyed but has also won him several awards and recked in millions into his account within his short stint in the industry.

Well, having brought nice tune to many homes, the singer in turn is being celebrated by many as he turns a year older.

The singer while celebrating himself noted that he has gone through a lot but his plans has always been to be able to stand strong and never to give up.

In his words in celebration of his day, he wrote, “Been through a lot, I’m standing strong. Gone through hell, but I’m still so cool. Is there anything I want to be known for, it is that I wasn't going to give up Call me Gold.”