Men are Wired by Nature to Cheat…Actress, Iyabo Ojo 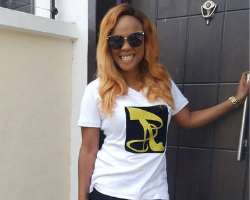 Hmm, Nollywood actress, Iyabo Ojo, for a long time has been enjoying being a single mother and she is not disturbed in anyway as she has been able to provide for her two kids who now study abroad.

The actress has been living her dream to the fullest for a while now and as each day passes by, she ponders on lots of things as she decided to educate ladies with her shared thoughts.

While wondering on why some men cheat on their spouse, the actress stressed that it’s in the nature of men to cheat but was quick to point out that there are some of them that cheat and still love their woman.

She noted that some men still have that respect for their woman that they will cheat and keep it far away from the home and still provide and care adding that any woman that has a man that does not cheat should just thank God.

In her words, “Ladies, Not every man who cheats on u is bad! it's in their nature to cheat as some men have a bit of it deposited in them. He may love you but still cheat on you, as long as he respect, care and keeps it far away from you. it's a twisted world my dear but that's just d fact. if you find one who doesn't cheat on you then you are extremely blessed but A man who makes you feel less of yourself, a man who enjoys seeing you beg and wail, a man who doesn't care if you fall into depression a million times until you run mad.”