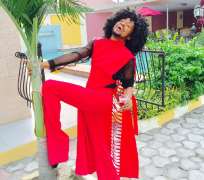 One of Nigeria’s most controversial TV host and event compere, Derenle Edun, has not had it rosy while on his way to stardom yet he has been able to manage every situation that comes with it.

Creating a brand for himself he is today was not a perception of wanting to compete with the guy next door, but an expression of his true personality.

Recently speaking with CNN's African Voice, Denrele while recalling his hustling days while in the University, stated that he found himself in a negative environment that did not understand what he was up to as he was neglected on several occasions both in school and in the public.

In his words. “I grew up in a very negative society that gave me negative reception. I can still remember my days back in the university, University of Lagos (UNILAG), because I use to dress in a certain kind of way, I think it did not go down well with the vicinity because my lecturers use to walk me out of the class everyday and then I did not have a car so I use to board a lot of buses and I take public transport and conductors and drivers will throw me out of the bus so I will like to say that this identity, this brand was not born out of wanting to be different but an expression of my individuality and an extension of my personality. That personality was there, it was just waiting for the right opportunity to be let out.”

Take it or leave it, Denrele, has emerged as one of Nigeria’s most sought after personality and despite the negativity that comes with his personality, rather than get affected by it, it has served as a motivation for him as he keeps soaring high with fat bank account almost every week.