PAYING THE PRICE FOR 3D ROLL-OUT 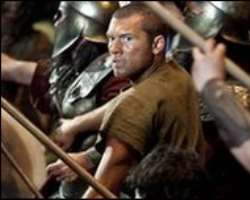 By Emma Saunders
Entertainment reporter, BBC News
Clash of the Titans was at the top of the UK box office for two weeks

Avatar, Clash of the Titans and the upcoming Tintin trilogy – all of them big budget movies made in 3D.

But it's not quite as straightforward as that.
The price you pay to watch a 3D movie at the cinema is always the same – but there are several ways of tricking your eyes into seeing that extra dimension and, according to some, the quality varies greatly.

Avatar, for example, was filmed entirely using a 3D camera system, which was partly developed by director James Cameron.

Other movies, including the forthcoming Harry Potter finale, are being shot with regular cameras and converted into 3D during post-production.

Clash Of The Titans director Louis Leterrier had wanted to use 3D cameras to shoot his Greek mythology epic – but the technology was so new, the only ones in existence had already been booked for Avatar.

Leterrier had reservations about the conversion process – which, in essence, cuts the picture into layers like a pop-up book – but ultimately, he was impressed with the result.

“It was absolutely amazing, just the amount of detail. It doesn't look like cut-out people on flat backgrounds – everything was absolutely realistic,” he told BBC 5 Live.

But not everyone agrees.