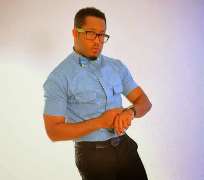 Mike Ezuruonye’s movie, ‘Brother Jekwu’ is still waxing strong in cinemas and pulling crowd across the nation. The movie which is a month old in cinemas is set in Kenya and Nigeria and stars Mike Ezuruonye, Angela Okorie, Funny Bone, Wofaifada, Nedu, Klint D Drunk, Huddah Monroe, Sabrina Stadler and many more

The comical movie stresses on the adventure of travelling abroad in search of greener pastures, love and the beauty of Africa. It tells the story of a village man with native intelligence that is lucky to make it to Kenya on the bill of his corrupt cousin where he gets lost in a tale of his adventure while exploring a new land and his encounter with other folks and two beautiful ladies led to the various comical scenes that add a twist to the story.

Mike Ezuruonye who is elated about the success of the movie thanks his fans for their relentless effort in coming out to see the movie. “I am super excited about the success of my movie and it won’t be possible without my fans. I sincerely thank you all for your sacrifice and taking out time to go and watch the movie. To my colleagues and friends who have supported me throughout this journey, I cannot thank you enough. God bless you”, he said.

The movie which is still showing in cinemas made over N20 million within the first 10 days at the cinemas.