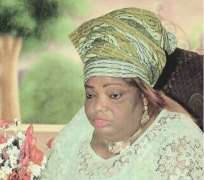 Not again Nollywood in this New Year 2017. The industry has been taken by shock on the sad news of the death of veteran Nollywood actress, Toyin Majekodunmi better known as Iya Kike.

Toyin has featured in numerous movies and during her lifetime, she was a very jovial woman who accommodates everyone irrespective of religious background.

May her gentle soul rest in peace, Amen.