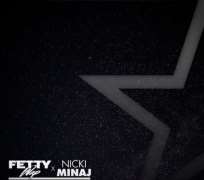 Based in New Jersey but influenced by Gucci Mane and other Southern hip-hop acts, Fetty Wap first hit in 2015 when he rapped and sang his way through his hit single "Trap Queen."

Born and raised in Paterson, New Jersey, Fetty (sometimes known as Fetty Guwap after Gucci Mane's GuWop alias) launched his career alongside Montana Bucks, Khaos, and P. Dice in the hip-hop group Remy Boyz. In 2014, he released the solo singles "Addicted" and "Zoovier" and appeared on the Remy Boyz mixtape 1738.

The mixtape was referenced at the beginning of Fetty's 2015 solo single "Trap Queen," a track that jumped into the Top 20 of Billboard's Hot R&B/Hip-Hop Songs chart in its third week of release.

The hit was soon remixed by French Montana and crossed into the Top Ten of the Billboard Hot 100, while Fetty joined Young Thug and Migos on Lyor Cohen's 300 Entertainment label.

The follow-up single, "My Way," climbed into the Top Ten of the Billboard singles chart, and landed on Fetty's self-titled debut, a 2015 album that kept it in the family with all guest appearances coming from members of the Remy Boyz. Fetty Wap debuted at the top of the Billboard 200.

A pair of mixtapes and Grammy nominations followed, as well as a steady stream of singles including "Wake Up," which broke into the Billboard Top 50 in the summer of 2016. ~ David Jeffries