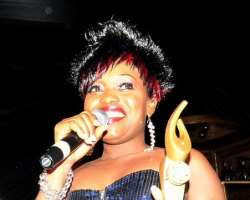 Female singer, Kefee Obareki, has described her nomination in four categories of the forthcoming Hip Hop World Awards (HHWA), as a great development.

Branama Queen as she is fondly called, is currently enjoying wide acceptance in Nigeria and some African and European countries.

The Afro-pop singer grew up singing in a small Niger Delta town, Sapele and since the release of her first hit, Branama, she has remained stable on the music scene.

According to her, “I am elated beyond words. This is a monumental achievement, only made possible by an unwavering fan base of which I am so proud.”