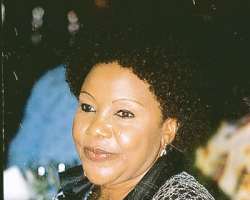 'I must say that the NECO result was scandalous for a country like Nigeria,'' she told the News Agency of Nigeria in Abuja.

She said, 'It is scandalous given the rate of failure and I should also add that the problems are legion ranging from non commitment on the part of the operators to that of lack of political will of government.

'It is not just that of funding,'' she said and noted that ' even though funding is part of it, it is about time government stuck to policies that are consistent.

'This is because one major problem we have in that sector is that of policy flip- flops. Somebody will come and change an existing policy and another person comes and changes that other policy.

She said,'We cannot expect miracle to happen in the education sector until the present policy flip-flops are removed and then go back to the basics.

'That is going back to the era where pupils are properly evaluated and assessed before being promoted to the next class.

'I advocate that government re-introduce promotional examinations against the present practice of mass promotion,'' she added.

Emordi, however, expressed delight that the present minister of education had promised to continue with the policy programme of her predecessor.

'The new minister is an educationist and has promised my committee during her visit to continue with the road map of her predecessor,'' she said.