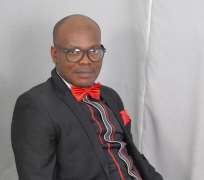 From November 28 to December 3, 2016, Admiral Plaza Hotel Dubai, United Emirates will play home for hundreds of designers, models, awardees and guests as they attend Mr. & Miss Face of the World and United Nations Fashion Week and Awards 2016.

The two events which were recently announced to have the same date according to the organizers will be boosted by the splendor of the venue and they expect the international guests to see Dubai through it.

Speaking during the announcement of the venue, Hon. Nwabueze Buchi George, President of Face of the World Organization, who are organizing the two events said they have the best of everything and all is now set for the two events to hold successfully.

Hon. Buchi George further stated that “There is nothing to wait for again except time. We are almost there and I must give credit to the team who has achieved what we have on ground so far. What I have in my mind is a picture of glamour and success and we are all optimistic it is going to be so”

Previously, he had said that the visions of the events are still intact and nothing will be changing, adding that the United Nations Fashion Week and Awards still remains what it is as designers, models and awardees are warming up, while Mr. & Miss Face of the World pageant is still running and will still go on according to plan.

About 30 great achievers selected from around the world will be honoured at the United Nations Fashion Week and Awards which is tagged ‘The Gulf Edition’ and it is expected to also feature fashion exhibition; gala, ball and dinners; live charity concerts; super model search, pattern/sketches challenge and after fashion party.

These events will be running at the same time with the Mr. & Miss Face of the World Pageant which is expected to produce the most outstanding pageant king and queen from contestants from more than 100 countries of the world.

Face of the World Organization, the owners of both Mister and Miss Face of the Word and United Nations Fashion Week and Awards is using the events to support Global Family Fund on Education. It was started by a United Nations Goodwill Ambassador, Hon. Nwabueze Buchi George, who is also in charge of the United Fashion Week and Awards which will be taking place in Dubai, United Arab Emirates, by October, 2016.