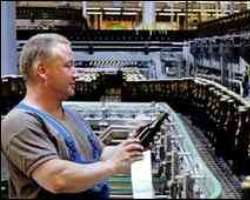 Profits at the Danish brewer Carlsberg have been hit by a Russian beer tax, falling by 7% in the first 3 months of 2010.

However, the figure was better than analysts had predicted and Carlsberg's shares rose on the news.

Sales in Carlsberg's key region of Russia fell by 12% after the government tripled the tax on beer.

The fall was partly offset by improving sales in Western Europe and Asia where volumes grew 3% and 16% respectively.

Carlsberg says that it is still aiming for 20% net profit growth in 2010 and it anticipates “outperforming the market”.