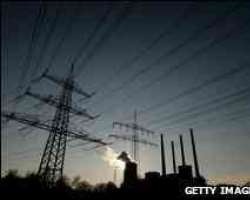 E.On said it was “cautiously optimistic” about growth for the rest of 2010

The company reported profits of 2.3bn euros (£1.97bn), down from 2.5bn euros for the same period a year earlier.

However, underlying earnings for the quarter were 3.7bn euros, up from 3.1bn euros.

The company said that the fall in headline profits was due to the tax implications on disposals and other restructuring charges, particularly the disposal of E.On's US energy unit PPL.

For the rest of of 2010, E.On said it was “cautiously optimistic” and maintained a forecast for core earnings to be stable or rise up to 3%.

Meanwhile, France's biggest power utility, Electricite de France, said sales had risen 4.3% in the first quarter, boosted by acquisitions in the US and Belgium.

The state-controlled company said sales were 21.9bn euros, up from 21bn euros in the first quarter of 2009.