WORKERS MUST NOT BE APOLITICAL â€“LP CHAIRMAN 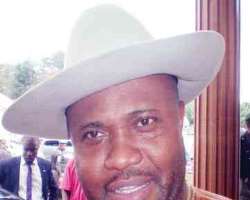 Nwanyanwu
Your party has expressed its readiness to collaborate with various Labour movements to become the most populous party in the country. How do you hope to achieve this?

I want you to understand the origin of LP. The party was formed by the working class people of this nation namely: farmers; patriotic business people; journalists, professionals and other categories of workers, who came together to form the LP under the umbrella of the Nigeria Labour Congress. So, LP is already the baby of the NLC. What it simply means is that the Labour movement should no longer play to the gallery. They must participate by endorsing candidates after thorough screening: candidates that will work tirelessly for the people of this country; candidates that will not be selfish and not operate the same way other national or state assembly members in different parts of the federation are operating. We want to change the character and content of the Nigerian politics. It will, therefore, no longer be the norm for NLC to say we are a trade union. In the United States for instance, trade unions and corporate organisation, endorse candidates.

If you fail to be actively involved in deciding those who govern you, there is always the tendency for fools to govern you. People who do not know what to do will occupy sensitive and responsible positions. What we are trying to do is to bring together all the members of the NLC, Trade Union Congress and others and say enough is enough. That is exactly what the situation is now and we are pushing that. I am happy to disclose that in most states, some of the organised groups are already collaborating with the LP to achieve this. It is a party for the masses and you cannot talk about the masses without talking about Labour movement. That is why we are committed to ensuring that those who are serious and committed to serve the people of this country, but who are not in position to sponsor themselves, contest elections, and are supported by the movement. We will endorse such candidates and mobilise sufficiently to ensure that such a person is elected.

How well do you think this can work because we have had situations where those in the organised labour unions split on choice of candidates when elections are approaching?

That was in the past when we did not have a labour party, but today there is the LP which was formed by the working people and the masses of this country.

What is the strength of the LP as we approach the 2011 general election?

Well, I may not come out to say that on the pages of newspapers but the least I can say is that we are working. All I can say is that we are working to achieve success. Our National Executive Council meeting will take a far reaching decision on the modus operandi that we are going to take as we approach the 2011 elections. We are also going to consider those who are eligible to contest under the party's platform. It will no longer be a situation where the party will be an alternative. If you want to contest election under the platform of the party, you have up to August 2010 to join the party. We now want to know the main people who believe in the ideals of social democracy, which is the main principle of this party. All we need is the support of the people. They should turn their back away from status quo because that situation has never helped any person.

With the removal of the former Chairman of the Independent National Electoral Commission, Prof. Maurice Iwu, do you think the conduct of election will be different in 2011?

That was the best thing that happened to the country recently. Iwu, I must say is the most hated Nigerian today. We have been calling for his removal since 2007 after he did what he did. He is an incorrigible man and his removal is good riddance to bad rubbish. Let us now look for somebody that will be able to conduct a free and fair election. We have a situation where we do not have a credible voters' register and this was the situation Iwu was comfortable with in his five-year reign. His removal is the beginning of the process, not the end. We are pushing for other things to be done. The report of Justice Muhammadu Uwais-led Electoral Reform Committee is there. The idea is that at the end of the day, the votes of the Nigerian people should count and it will be so.

But the Uwais report before the National Assembly is still hanging. What are the implications for the next election if some key recommendations are not adopted?

There are four pillars of the Uwais report. The first one has to do with the appointment of the INEC chairman. The Uwais panel recommended that the power to appoint should be removed from the president. The second pillar is that nobody should be sworn in until the Election Petition Tribunal completes works on a petition. You can see how the 2007 Action Congress governorship candidate in Ekiti State, Dr. Kayode Fayemi, again lost his petition at the tribunal three years after the conduct of that poll. He will need another six months in the Court of Appeal, by that time the original tenure of the incumbent Governor Segun Oni, ought to have been completed. You will agree with me that Oni would have been funding his cases from other means, not his pocket, but the petitioner (Fayemi) will have to struggle to pay his lawyers. So, this explains why we said, 'Do not swear anyone in until the petitions have been treated,' so that if the winner is finally sworn in, he will not be distracted. The third pillar is that the onus of proof should move from the petitioner to the body that conducted the election. I as the petitioner for instance, was not in charge of the conduct of the election, neither did I produce any. It is left for the body that conducted the election, called INEC, to come and show and prove that it was 'A' that won the election, instead of 'B'. The last one is that of independence and financial autonomy of INEC. We have a general problem, those who are supposed to carry out this amendment have refused to do so because it will not be in their interest. Most of them are there because they are beneficiaries of the flawed system. That was why late President Umaru Yar'Adua explained that the electoral process that brought him into office was faulty. He promised that he was going to put in place a process that would critically examine the electoral process, which brought about the Uwais Panel came. The state assemblies and National Assembly are not really prepared to fully implement these amendments; but we have told them that it is in their best interest to do so because come 2011, nobody will wait two or three years before he gets his mandate back. I am sure that by tomorrow, Fayemi will be heading to the Court of Appeal. It is, therefore, common sense that you do not swear anybody in until the petition has been fully treated. These are some of the issues and we are working closely with well meaning and progressive forces to ensure that the legislative arm does the right thing.