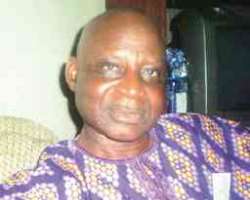 Okurounmu and the President of the Ijaw Media Forum, Mr. Asu Beks, said this in separate interviews with our correspondents just as just as the National Publicity Secretary of the Afenifere Renewal Group, Mr. 'Yinka Odumakin, and the Secretary General, Nigerian Supreme Council for Islamic Affairs, Dr. Abdulateef Adegbite, said zoning bred incompetence.

Faulting the zoning arrangement in the PDP, Okunrounmu said, 'It is ridiculous and does not promote democracy.'

The Afenifere secretary stated that Jonathan could contest the 2011 presidential poll. He said, 'In the United States, where we copied the presidential system from, when a president dies or vacates office, the vice-president who takes over is the presidential candidate of the party in the next election. When we copy a system we should not basterdise it.'

Speaking with one of our correspondents in Lagos , Beks noted that the current zoning arrangement of the PDP would not take the country anywhere.

'The Almighty has zone 2011 to Jonathan and so we should listen to what God is trying to use this man to do for Nigeria.'

Beks said since independence, the country had been largely ruled by leaders from the Northern, adding that the South-South should be allowed to take their turn beyond the brief period currently under the control of Jonathan.

The National Publicity Secretary of ARG said zoning had never produced the best result for the country.

Odumakin, who spoke with one of our correspondents on the telephone said, 'I have never been an apostle of zoning. I believe in competence and the best among us should be allowed to rule us.'

Also, Adegbite said zoning arrangements had always discouraged the emergence of the best candidates for sensitive offices in the country.

Adegbite, who spoke with one of our correspondents in Abeokuta on said he had always opposed such arrangements as they denied the country to opportunity 'to tap the skill and expertise of its brightest citizens for the development of the country.'