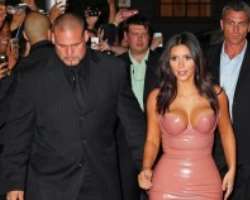 Since being robbed in Paris , Kim Kardashian has decided to upgrade her security .

The reality star, who has kept a low profile since the unfortunate incident, has met with ex-Israeli army members, ex-CIA agents and former Secret Service agents, TMZ reports.

According to reports, the new detail will be armed and two guards will be with her at all times. Her car will also be “armored.”

Her mother, Kris Jenner, is also looking to assemble a team for her other daughters, Kourtney, Khloé, Kendall and Kylie.

It was earlier reported that her new security detail, which could amount to 30 armed guards could cost her roughly $100k a day.