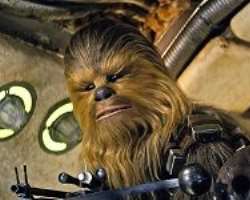 Actor Harrison Ford has been awarded £1.6million pounds in compensation over the 2014 accident that he suffered during the filming for the latest Star Wars movie.

Ford, 74,  was crushed by a hydraulic door during the filming. Actor Harrison Ford in one of his action films.

Disney's Foodles Production (UK), a film production company will pay the fine, a  court in the United Kingdom ruled.

The star was knocked to the ground and pinned down by the heavy door while filming for Star Wars: The Force Awakens at Pinewood Studios in Buckinghamshire in June 2014.

He could have been killed by the door on the set of the Millennium Falcon spaceship which crushed him like a 'blunt-edged guillotine', a court heard.

Hollywood star Ford, who was 71 at the time, was reprising his role as Han Solo when he was hit by the door, which had been designed to mimic the action of a door on the original set.

His sidekick Chewbacca's safety was also endangered by the incident, which saw Ford suffer a broken tibia and fibula, a dislocated ankle and a cut hand.

The Health and Safety Executive said the power of the rapidly closing metal-framed door meant Ford was hit with a power comparable to the weight of a small car.

Foodles Production was set up specifically for the making of the film. It was fined a total of £1.6 million on Wednesday after admitting two counts of breaching its health and safety duties.

Aylesbury Crown Court was told the scene being shot involved Ford helping his injured Wookiee friend Chewie aboard the ship then shutting the door behind him.

Ford had gone through the door and hit a button. He started to walk back through it, believing the set was not live – as it was a rehearsal – and that it would not close.

But it was remotely operated by another person, and as the star passed underneath he was hit in the pelvic area and pinned to the ground.

Director JJ Abrams and Ford screamed for the door to be lifted but it could not be done manually and he had to be released by the controller.

The court previously heard there had been a 'risk of death'.

Prosecutor Andrew Marshall said today: 'In any construction project there is a need for safety.

`It is something that has to be planned. There was an investigation that was brought about by an incident.

'During the making of Star Wars Episode VII: The Force Awakens, the actor Harrison Ford sustained injuries as a result of being struck by a hydraulically powered vertical sliding door that was part of a film set.

'Part of the concept of the film was that the original actors and scene locations of the previous films would be used.

'The area (the door) was known within the film production as the carousal. The door was designed to ensure rapid closure.

`'The door was designed for a film but that is just a species of workplace where the same requirements of safety are imposed as anywhere else.'

According to Daily Mail Online, the door was operated by a person sitting behind a screen and pressing the button.

However, when the operator closed the door she did not realise Ford was planning to back through and he became trapped.

The actor was airlifted to Oxford's John Radcliffe Hospital from the set of the much-anticipated latest instalment in the Star Wars saga.