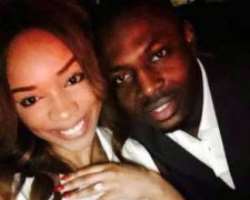 The couple, who got engaged in August are said to be planning to tie the knot in December at her father's palatial home in Igbere, Bende LGA of Abia state, while the white wedding will take place in 2017. The couple recently both finished their masters from University of Buckingham where they met. Big congrats to them.