2.3million Nigerians Are Currently Being Treated And Tested For HIV 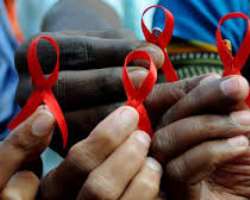 The Institute of Human Virology Nigeria says more than 2.3 million Nigerians are undergoing HIV testing and treatment in parts of the country.

The Chief Executive Officer of the institute, Dr. Patrick Dakum, disclosed this on Wednesday in Abuja.

Dakum said that more people were being tested and placed on anti-retroviral treatment in nine priority local government areas in Benue, Nasarawa and the FCT Abuja.

According to him, more than 2.3 million people have been provided with HIV testing services out of which over 25,000 people tested positive to HIV.

The chief executive officer added that more than 23,000 people living with HIV have been placed on treatment.

Dakum said that the IHVN is currently working in eight local government areas to achieve epidemic control as part of the 90-90-90 strategy of reaching 90 per cent of people in communities with high burden of HIV with HIV testing services.

“The significance of achieving epidemic control is that new infections are not as high as people who are being placed on treatment,'' he said.

He pledged that IHVN would continue to support the maintenance of treatment for current patients in the other local government areas within its funding.

He said that epidemic control has resulted in the reduction of the burden of HIV in Obi Local Government Area of Nasarawa State.

“600 people in Obi LGA living with HIV were newly placed on HIV treatment out of the 773 people that tested positive to HIV.

“This was possible due to the collaboration with government, public and private partners and community-based organisations,” Dakum said.