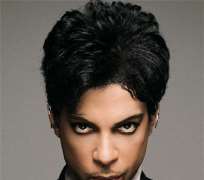 Music fans around the world and Minnesota residents have long wondered about Paisley Park, the late pop icon Prince’s mysterious studio complex to which few have had full access.

On Thursday, the mystery came to an end for some fans who snared tour tickets and descended on the Minneapolis suburb of Chanhassen to see inside the late “Purple Rain” star’s 55,000-square-foot (5,100-square-meter) inner sanctum.

The unveiling was decidedly muted. Organizers required ticket holders to meet at an offsite location and be bused into the complex in groups.

Outside the gates, there were more TV trucks than fans as the first bus arrived at 8:30 am local time (1330 GMT). Prince

Sonja Fagan, a 37-year-old from Dublin, had missed the emailed instructions to gather offsite and instead had shown up at the gates with a bouquet of roses, saying Paisley Park was now a place of mourning for her.

“His legacy is going to live on, and that’s what he would have wanted,” she said.

Prince died on April 21 from an overdose of painkillers, at the age of 57. The complex opens one week before a memorial tribute concert in his hometown.

The public opening of the studio complex is a milestone for music lovers and historians. Many expect to find a treasure trove of previously unreleased recorded materials from Prince’s storied vault.

Mobeen Azhar, author of the book “Prince: Stories from the Purple Underground,” said the complex was the pop legend’s “playground” and thus has major cultural significance.

“It’s where so many important and iconic songs and albums where recorded,” he said. “Paisley Park is where he would play, experiment and most importantly create. That spirit of creativity is just so strong and for that reason, as far as I’m concerned, Paisley Park is holy ground.”

While some parts of the complex were outfitted to exhibit memorabilia, other areas — such as his working studio — have been left untouched since the singer’s death, according to a televised peek on NBC television’s Today program.

Public access to Paisley Park was expected to last only three days because officials in Prince’s hometown granted only temporary permits for the complex to offer tours.

A broader permit that would turn the site into a permanent museum akin to Elvis Presley’s Graceland was delayed earlier this week, after local residents expressed concern over the impact on the town of 24,000 from an estimated 600,000 visitors each year.

City officials asked the site’s administrator, the Bremer Trust, to formulate a detailed plan to address those concerns.

The studio is scheduled to open Thursday, Saturday and the following Friday, October 14.

Ticket-holders scheduled for tours on dates up to October 15 were encouraged to come on the three available days instead, or receive a refund.