PROSTHETIC FOOT UP FOR ENGINEERING PRIZE 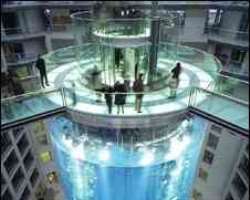 A prosthetic foot that mimicks the muscle actions of real feet has been short-listed for the UK's top engineering prize.

Four projects are on the shortlist for the MacRobert prize which gives a £50,000 cash prize to the winning team.

Other projects on the shortlist include a better landmine detector, high-speed satellite broadband and a greener way to make acrylic plastic.

The overall winner of the prize will be announced on 7 June.

Muscle mimic
Unlike other false feet, the Echelon prosthetic foot and ankle uses hydraulics to help it align itself.

Before now walking with many types of prosthetic foot has been a conscious process in which an amputee must think about where and how to put their foot down. By contrast, the carbon fibre springs and hydraulic dampers in Echelon combine to put it in the right position as it is put down to take a step.

This means it can cope better with inclines and the hydraulics are arranged so they spread the load of the body like real muscles.

Some soldiers fitted with Blatchford's Echelon prosthetic have been able to return to combat duties.

Also nominated is the Minehound mine detector developed by Cobham Technical Services which uses two sensors to do a better job of finding buried ordinance than traditional metal detectors.

It is estimated that for every landmine found, 150 false alarms have to investigated – a time-consuming and risky exercise. Minehound produces only 20 false alarms for each mine found thanks to its combination of ground penetrating radar and metal detector.

Inmarsat is also on the shortlist for the award for its creation of the Broadband Global Area Network service that offers broadband speeds of 500kbps and simultaneous voice anywhere in the world.

Lucite International is nominated for its Alpha process that removes much of the toxic chemicals from production processes of acrylic plastic.

First presented in 1969, the MacRobert Award honours engineering innovation. Former winners include the Beijing Olympics Water Cube and a retinal imager that can help spot eye defects quicker than many other diagnostic methods.