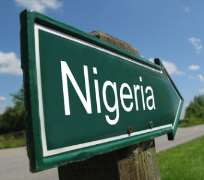 Disclaimer: "The views/contents expressed in this article are the sole responsibility of Frank O. Ijege and do not necessarily reflect those of The Nigerian Voice. The Nigerian Voice will not be responsible or liable for any inaccurate or incorrect statements contained in this article."
Articles by Frank O. Ijege
17-10-2016  "you Don't Burn Down A House Because You Want To Kill Rats"3-6-2016  Benue: Ortom, God Has Done His Part….do Yours‎31-5-2016  Muhammadu Buhari: Great Expectation, Disappointing Outcome19-9-2016  Muhammadu Buhari: Great Expectation, Disappointing Outcome26-5-2016  Femi Adesina: When You Are No Longer SufferingMore...