By We Plug GOOD Music 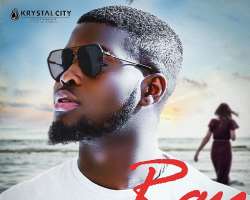 Premiered at the start of the week by BBC 1Xtra and Beat FM Lagos, ‘My Girl’ is the brand new single from fast-rising London-based Nigerian musician and Krystal City recording artist RAY (real name Rahman Adeboriola Bisiriyu), and it comes on the back of the success and acclaim of his latest offering ‘Badda Man’.

New single ‘My Girl’ sees RAY collaborating with up and coming producer Morello, who has been honing his craft under the tutelage of veteran producer MasterKraft (Flavour, Timaya, Banky W), to create a catchy and infectious drums-led opus and fitting ode to Ray’s leading lady, with superb dancehall and Afropop sensibilities.

With strong support coming from the likes of BBC 1Xtra, Rinse FM, Beat FM and several leading online tastemakers in the past 12 months, RAY is undeniably leaving his mark on the African music landscape, with each record he releases, highlighting glorious vocal talents and charismatic presence, as he ascends up the ranks.

The emerging Afrobeats crooner will be joining Olamide for the second year in a row, supporting the YBNL boss on his UK headline concert at the Hammersmith Apollo on October 9, and will also be performing at Afrobeats Live at the Jazz Café on November 27. ‘My Girl’ is out now via Krystal City Records.