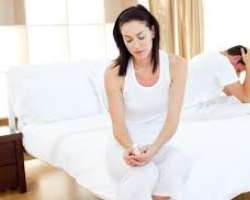 A 37-year-old housewife, Rofiat Hussein, on Friday asked an Oja Oba Sharia Court of Arbitration in Ibadan to dissolve the nine-year-old union with her husband, Nurain, based on s*xual starvation and neglect.

Rofiat said that her husband had neglected her in every area of marital life, including s*x.

She said, “As soon as we wedded, Nurain directed me to become a full time housewife which meant that I must do nothing to earn a living.

“At the same time, there had been little or nothing to cater for the growing responsibilities in the home, especially the educational needs of the children.

“I pleaded with him to give me a portion of his shop to start selling some petty things, but Nurain rejected the idea.

“I then told him that I secured a teaching job in a private university and it did not go down well with him.

“Nurain and I were products of that same university for our degrees, but I have since proceeded for my Masters and I am even on my PH.D. programme now.

“Nurain has not shown any understanding over this, but instead quarrels with me for no reason.

“During the last two Ramadan fasting periods, Nurain did not even know that I existed.

“My lord, Nurain has locked up our bedroom that could serve as a point of meeting for any s*xual activity.

“The only reason he gave for our last quarrel was that I refused to carry his bag for him after opening the entrance door.

“I have since reported him to all his relatives, but nothing has changed”

The defendant was not in the court to react to the allegations levelled against him.

The President of the court, Sheikh Hamad Tiamiyu, asked Rofiat to support her allegations with witnesses.

He said the witnesses, who must be five, must have three females and two males or vice versa.

Tiamiyu also directed her to put her claims in writing while adjourning the case to Sept. 29 for further hearing.